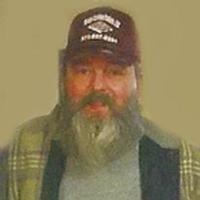 Craig was born July 22, 1962, in Napa, Idaho, a son to the late Elwood Turpin and Barbara Mae (Taylor) Turpin who survives of Versailles.

Craig worked as an electrician for IBEW Local 257.

On November 23, 1985, he was united in marriage to Margaret Frank in Versailles. She survives of the home.

He enjoyed woodworking, listening to ballgames, collecting sports trading cards, burning brush piles and drinking beer. Craig also had a love for music and had a very large library of CD's but his greatest love was spending time with his family and friends and his two canine companions, Zoey and Tara.

In addition to his mother and spouse of 30 years, Craig is survived by: two sons, Kyle Turpin and Kaleb Turpin both of Linn; one brother, Kerry Turpin and his wife Pat of Sedalia; one sister, Machell Hendrix and her husband Kevin of Laurie; one granddaughter, Kodee Turpin; as well as many nieces, nephews and friends.

To order memorial trees or send flowers to the family in memory of Craig Reed Turpin, please visit our flower store.