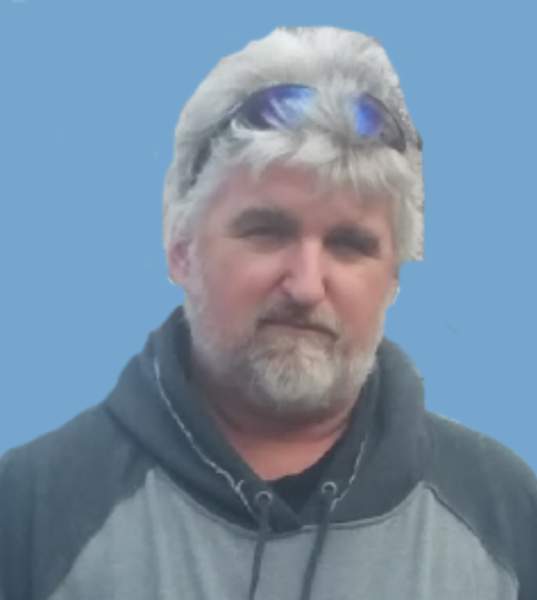 Dana Schollmeyer, age 55, of Centertown, passed away on Wednesday, August 25, 2021, at his residence.

Dana was born on December 21, 1965, in Jefferson City, a son to the late Frank F. Schollmeyer and Shirley (Oidtman) Schollmeyer, his mother survives in Centertown.
Dana was a 1984 graduate of Helias High School.
On March 20, 2008, he was united in marriage to Ruth Scherr. Ruth survives at her home.
Dana was employed at Florsheim in Jefferson City for 16 years. He was an autobody and painter for several years. He was currently employed as a technician at Warehouse Tire.
Dana attended St. Martins Catholic Church in St. Martins. He was a former member of the Missouri Moonshiner’s Car Club.
Dana enjoyed cars, street rods and racing or working on them in the garage. He was a drummer and loved music. He was a man of many talents and always willing to help someone in need. His greatest enjoyment was spending time with his family especially his grandchildren.
In addition to his mother and spouse of 13 years, Dana is survived by two sons: Justin (Cassie) Schollmeyer of Jefferson City and Josh (Jessica) Schollmeyer of Centertown; two daughters Jessica (Mark) Schollmeyer and Cheyenne Schollmeyer both of Jefferson City; five grandchildren: Hannah and Serenity Schollmeyer, Nevaeh Henry, Cloey Schollmeyer, and Namiyah Henry; two brothers, Curt (Heather) Schollmeyer of Centertown and Cary (Vicki) Schollmeyer of Holts Summit; a sister, Melissa (Scott) Schollmeyer of Jefferson City, as well as many nieces, nephews and friends.
Visitation will be held from 2:00 p.m. to 5:00 p.m. on Saturday, September 4, 2021, at Morton Chapel in Linn. Inurnment will be held at a later date in Most Pure Heart of Mary Parish Cemetery in Chamois.
Expressions of sympathy may be made to the Family of Dana Schollmeyer.
Arrangements are under the direction of Morton Chapel in Linn, (897-2214)
www.mortonchapel.com

To send flowers to the family or plant a tree in memory of Dana Schollmeyer, please visit our floral store.

To order memorial trees or send flowers to the family in memory of Dana Schollmeyer, please visit our flower store.