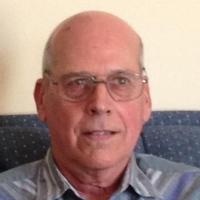 Dan was born July 8, 1951, in Jefferson City, a son to the late Harry Suess and Cathleen (Giesing) Suess who survives of Chamois.

Dan was a 1969 graduate of Chamois High School and served in the United States Navy.

On June 4, 1977, he was united in marriage to Sharon J. Hegerfeld in Chamois. She survives of the home.

Dan was employed as a foreman for Three Rivers Electric for 36 years before retiring in 2010. After retirement he was employed by Darren Patterson Properties.

Dan was a member of St. George Catholic Church and the Knights of Columbus. He served as a board member for Linn Public Water District Number 3.

Mass of Christian Burial will be held at 11:00 a.m. on Wednesday, September 28, 2016, at St. George Catholic Church in Linn with Fr. Daniel Merz as the celebrant. Interment will follow in the Linn Public Cemetery with full Military Honors.

In lieu of flowers, expressions of sympathy may be made to the Rehab for the Blind, 3418 Knipp Drive #A2, Jefferson City, MO 65109.

with FR. Daniel Merz as the Celebrant

with FR. Daniel Merz as the Celebrant

To order memorial trees or send flowers to the family in memory of Daniel "Dan" Edward Suess, please visit our flower store.