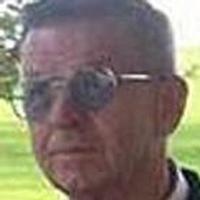 On November 1, 1969, David was united in marriage to Barbara Ann Bowen in New Hampshire.She preceded him in death on March 13, 1999.

David had been employed at Capital Regional Medical Center in Jefferson City as the Housekeeping Supervisor for 23 years until his retirement in 2001.

David had lived in Linn most of his life and recently had been living with his adopted granddaughter, Brandy, her husband Rick and their three children, Barbara Ann, Ricky, Jr., and Kenneth. They shared his life and his love.

David enjoyed his life and his family. He also loved to cook, sew, canning vegetables and working on demolition cars. Country music was his favorite.

In addition to his father and wife, David was preceded in death by: one son, Neil Brown, one daughter, Kelly Pinney; one brother, Gregory Brown; one sister, Patricia Keller;two granddaughters,Selena Mueller and Trisha Brown.

Funeral Services will be at 2:00 p.m. on Tuesday, August 30, 2011, at Morton Chapel. Interment will follow at Useful Cemetery.

In lieu of flowers, memorial contributions may be made to the family.

To order memorial trees or send flowers to the family in memory of David D. Arlen, Sr, please visit our flower store.