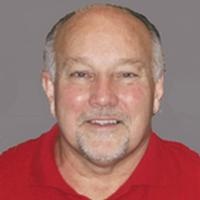 Dave was a 1970 graduate of Central High School in St. Joseph.

On November 1, 1972, he was united in marriage to Elaine Catherine Otto in Palmyra, Missouri. She survives of the home.

Dave was employed for almost 45 years with CenturyLink working his way up to District Manager. He retired on June 5, 2015.

Dave was a member of numerous civic organizations and was very much community minded. He enjoyed dirt bike riding, snow skiing, hunting, playing the guitar, woodworking and farming. Dave was very active either coaching, umpiring or refereeing sporting events. He loved spending time with his family and was especially proud that he had taught all of his grandchildren how to swim.

Interment will be in the Linn Public Cemetery.

In lieu of flowers, expressions of sympathy may be made to St. George Catholic School or to a charity of the donor's choice.

To order memorial trees or send flowers to the family in memory of David Lowell Carter, please visit our flower store.