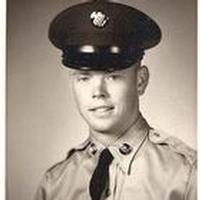 David was born December 11, 1944 in Jefferson City, a son to the late Frank Joseph and Rose Hubertine (Otto) Struemph.

David was a 1962 graduate of Fatima High School. He worked for the Division of Health from 1962 to 1965. David was drafted into the U.S. Army and was stationed in France as a Staff Sergeant Technician. After his discharge from the service he worked alongside his father on the family dairy farm which he continued to do until his death.

David loved spending time with his family and friends, gardening and greatly enjoyed taking care of his animals. He also loved to watch sports.

In addition to his parents, David was preceded in death by one brother, Alphonse, a brother-in-law, Thomas Utterback and a nephew, John Paul Schnieders.

Visitation will be held from 9:00 a.m. until 10:00 a.m. Saturday, June 18, 2011 at Holy Family Catholic Church in Freeburg followed by a Memorial Mass at 10:00 a.m. with Fr. Philip Niekamp as the Celebrant. Interment will follow in the Holy Family parish cemetery.

To order memorial trees or send flowers to the family in memory of David V. Struemph, please visit our flower store.