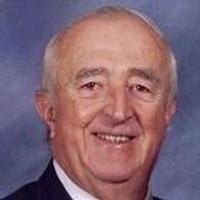 David was born December 13, 1936, in Loose Creek, a son to the late Charles and Augusta (Hug) Williams.

David was a 1954 graduate of Fatima High School and graduated from Linn State Technical College in 1963.

On August 11, 1962, David was united in marriage to Dorothy J. Backes in Loose Creek. She survives of the home.

David had worked as a Planning Director for SEMA.

He was a member of Immaculate Conception Catholic Church in Loose Creek, an Honorary Life Member of the Knights of Columbus Bonnots Mill Council 2027, a member of the Immaculate Conception Church Choir, active in the Boy Scouts of America for many years, and served as the secretary-treasurer of the Golden Years Apartments in Loose Creek from 1986 to 2004. David was an Army Veteran and was a member of American Legion Post 5 in Jefferson City.

David enjoyed fishing, camping and traveling. He loved spending time with his family especially his grandchildren and great grandchild and telling a good joke.

Expressions of sympathy may be made to the Immaculate Conception School.

To order memorial trees or send flowers to the family in memory of David A. Williams, please visit our flower store.