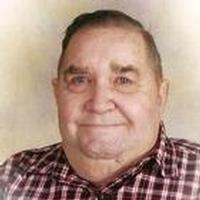 Delmar was born December 23, 1939, in Chamois, a son to the late Henry and Thelma (Wohlgemuth) Nichols.

Delmar was a 1958 graduate of Chamois High School and worked at several businesses as a mechanic.

Delmar was a lifelong area resident and a member of the Linn Family Worship Center.

He enjoyed wood crafts, hunting, fishing, and the outdoors.

In addition to his parents, he was preceded in death by: one sister, Henrietta Hoffman and two brother-in-laws, Chester Bascom and Arthur Hoffman.

Funeral Services will be at 1:00 p.m. on Wednesday, February 22, 2012, at Morton Chapel in Chamois with Rev. Jim Metscher, Rev. Glenn Holems, and Rev. Matt Lee officiating. Burial will follow in the Harris Cemetery.

To order memorial trees or send flowers to the family in memory of Delmar E. Nichols, please visit our flower store.