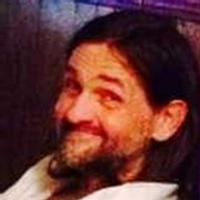 Dennis was born on March 12, 1958, in St. Louis, the son of the late Charles Thomas Bess and Lorene Fern (Walker) Bess Eads.

On January 6, 2012, Dennis was united in marriage in Jefferson City to Donetta (Vaughan) Bess, who preceded him in death on November 14, 2013.

Dennis enjoyed spending time with his grandchildren and family. He was an avid St. Louis Cardinals and St. Louis Blues fan. He enjoyed listening to music and trying to find his brother's music online.

In addition to his parents and spouse, Dennis was preceded in death by: his step-father, Bill Eads; sister-in-law, Chasity Vaughan; two brothers, Douglas and Dennis Bess; nephew, Douglas Bess, Jr., Grandparents, Ed and Fern Walker, along with several aunts, uncles, and cousins.

A Memorial Service Celebrating Dennis's Life will be held on Saturday, June 20, 2015, at 1:00 p.m. at the First Baptist Church in Linn.

In lieu of flowers, expressions of sympathy may be made to The Family of Dennis Bess.

To order memorial trees or send flowers to the family in memory of Dennis "Chuck" Charles Bess, please visit our flower store.