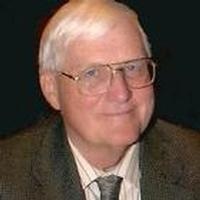 On September 3, 1960, he was united in marriage to Sue Lemmel who survives at the home.

Don was a 1953 graduate of Linn High School and completed several degrees at the University of Missouri system including a Bachelor of Science in Mechanical Engineering, Master of Science in Engineering Management, Educational Specialist, and Doctor of Philosophy, Practical Arts and Vocational-Technical Education. He also completed Meteorology training at the University of Washington, Seattle.

Don retired from the Air National Guard with the rank of Lt. Colonel. He was employed at McDonnell Aircraft in St. Louis where he was part of the team that conducted the Gemini Spacecraft program and later was a Boeing Senior Research Engineer on the Apollo programs.

Don retired in 2001 as Vice-President of Academic Affairs at Linn State Technical College.

Don was a charter member and Elder of Community Christian Church, where he sang in the choir, taught TeamKid, and served on the board.

Don enjoyed spending time with his family, especially his grandchildren. He also enjoyed gardening and his travels with Sue to every state, every continent, and a large number of countries.

Visitation will be held from 9:00 a.m. to noon on Saturday, March 26, 2011, at Community Christian Church. Funeral services will be at noon with Bro. Dan Hogan officiating. Interment will follow at Agee Cemetery on Highway 89 North.

Expressions of sympathy may be made to Community Christian Church or Linn State Technical College.

To order memorial trees or send flowers to the family in memory of Don Rhey Gelven, please visit our flower store.