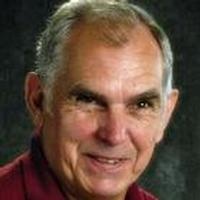 Donnie was born September 21, 1944, in Jefferson City, a son to the late Leo and Bertha (Backes) Jaegers.

Donnie was a lifelong area resident and a 1963 Linn High School graduate.

Donnie worked as a lineman for Southwestern Bell for 35 years before retiring. After retirement, he joined Linn State Technical College in the HVAC department.

Donnie was a member of St. George Catholic Church in Linn and Knights of Columbus Council # 4838.

He enjoyed gardening, yard work, and woodwork. Donnie was the "handiest" of handymen but his greatest love was spending time with his children and grandchildren.

Donnie is survived by: one son, Kevin Jaegers and his wife Valerie of California; two daughters, Connie Czeschin and her husband Mike of Bland and Dana Kliethermes of Jefferson City; two brothers, Urban Jaegers of St. James and Bob Jaegers and his wife Rosie of Linn; two sisters, Alice Smith and her husband Charlie of Kirkwood and Clara Sitton and her husband Dave of Bristol, TN; six grandchildren, Chelsey and Taylor Czeschin, Sydnee and Josh Kliethermes, and Jeremy and Savannah Jungmeyer; one great grandchild, Bentley Thomas; one sister-in-law, Esther Jaegers of Jefferson City; and his companion, Shirley Schmidt of Linn, as well as several nieces, nephews and friends.

In addition to his parents and his spouse of 41 years, Donnie was preceded in death by four brothers, Henry, Elmer, Clarence and Louie Jaegers.

Mass of Christian Burial will be held at 10:00 a.m. on Tuesday, April 15, 2014, at St. George Catholic Church in Linn. Interment will follow in the St. George Parish Cemetery.

Expressions of sympathy may be made to St. George Catholic Church or a charity of the donor's choice.

To order memorial trees or send flowers to the family in memory of Donald F. Jaegers, please visit our flower store.