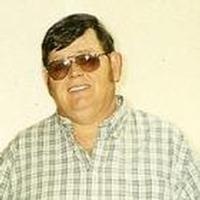 Donald was born on August 11, 1947, at St. Mary's hospital in Jefferson City, a son to the late Clifford and Leona (Otto) Lansford. He attended St. George Elementary School and graduated from Linn High School in 1966.

On September 4, 1971, he was united in marriage to Vickie Brandt in Linn.

Donald had worked at Chesebrough Pond's (Unilever) for 36 years until his retirement in September, 2003.

He enjoyed fishing, hunting, and playing poker. Donald especially enjoyed being with family and friends.

He will be greatly missed by his wife, Vickie who survives of the home; one daughter, Reva Jones of Jefferson City; three sisters, Carolyn Vaughan and her husband Bernie of Linn, Claudia Groff and her husband Tom of Linn, and JoAnn Rademann and her husband Bill of St. Thomas; as well as many nieces and nephews.

Donald was preceded in death by his parents, Clifford and Leona Lansford, and one sister, Maxine Scheulen.

Mass of Christian Burial will be at 1:30 p.m., at St. George Catholic Church with Fr. I.C. Medina as the Celebrant. Interment will follow at St. George Church Cemetery.

To order memorial trees or send flowers to the family in memory of Donald C. Lansford, please visit our flower store.