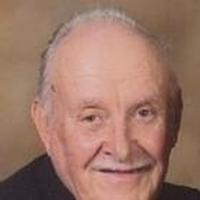 Donald L. Rackers, age 78 of Loose Creek, passed away Monday, April 21, 2014 at his residence with his loving wife and six children at his side.

Donald was born on October 8, 1935, in Taos, a son to the late Ilde and Christine (Wimmer) Rackers.

On November 23, 1957, he was united in marriage to Grace Backes at Immaculate Conception Church in Loose Creek. She survives at the home.

Donald was employed at International Shoe Company, Tennyson Home Furniture, and Play-Mor Trailers. After retiring, he assisted his wife in her daycare, spoiling the kids.

In addition to his parents, he was preceded in death by: two brothers, LeRoy and Arthur Rackers; one sister, Rosella Rackers; and two brother-in-laws, John Bell and Darrell Bracher.

Mass of Christian Burial will be held at 11:00 a.m. on Friday, April 25, 2014, at Immaculate Conception Catholic Church in Loose Creek with Fr. Don Antweiler as the celebrant. Interment will follow at the Parish Cemetery.

Expressions of sympathy may be made to Immaculate Conception Catholic Church or Masses.

To order memorial trees or send flowers to the family in memory of Donald L Rackers, please visit our flower store.