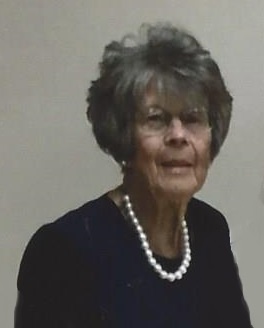 Dorothy was born May 25, 1933, in Bonnots Mill, a daughter to the late Charles and Anna (Vossen) Johnston.

Dorothy worked several years for Schleuter Manufacturing in Linn.  She was a member of the Chamois United Methodist Church and the Order of the Eastern Star Victoria Chapel #14.

Dorothy is survived by: one son, John Desmond and his wife Dana of Bonnots Mill; one daughter, Rachel Buschjost and her husband Chad of Wardsville; one brother, Wayne Johnston of Peculiar, MO ; one sister, Mildred Baatz of Travers City, MI; four grandchildren, Kelsey Desmond, Kelli Desmond and her husband Bryan Loudermilk, John-Kyler Desmond, and Anthony Carl Buschjost; two great grandchildren, Jacob and Madeline Loudermilk and Audra Loudermilk due in October; as well as several nieces and nephews.

In addition to her parents and spouse of 40 years, she was preceded in death by two brothers, Lincoln and Edgar Johnston and a sister, Lorraine Ashton.

Funeral Services will be held at 11:00 a.m. on Monday, September 23, 2019, at Chamois United Methodist Church.  Interment will follow in the Chamois City Cemetery.

To order memorial trees or send flowers to the family in memory of Dorothy Desmond, please visit our flower store.