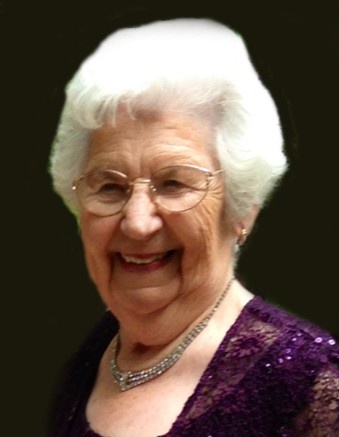 Dorothy “Dot” Hope Branson, age 89 of Linn, passed away peacefully surrounded by her family on Tuesday, August 6, 2019, at the Arbors in Jefferson City.

Dorothy was born August 26, 1929, in Linn, a daughter to the late James and Tillie (Litton) Wolfe.

She was a 1946 graduate of Linn High School.

On August 4, 1949, she was united in marriage to Bob Branson at Solid Rock Baptist Church in Judge. He survives of the home.

She was a charter member of the Linn First Baptist Church and a Girl and Boy Scout Leader.

In addition to her parents, she was preceded in death by two brothers, James “Jim” Wolfe and Don “Ike” Wolfe; one sister, Lucille Turner and her husband Robert and one brother-in-law, Bill Branson.

Funeral services will be held at Noon on Saturday, August 10, 2019, at First Baptist Church in Linn with Rev. David Krueger officiating. Interment will be in the Linn Public Cemetery.

Expressions of sympathy may be made to the Alzheimer’s Association or Hospice Compassus.

To order memorial trees or send flowers to the family in memory of Dorothy "Dot" Hope Branson, please visit our flower store.