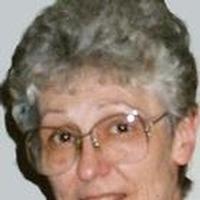 Dottie was born February 6, 1937, in Frankenstein a daughter to the late Joseph and Regina (Dudenhoeffer) Troesser.

Dottie was employed by several local physicians before becoming a EKG Technician for Capital Region Medical Center where she worked until her retirement in 1999.

She was a member of St. George Catholic Church and St. Ann's Sodality. Dottie enjoyed spending time with her family and grandchildren and she also enjoyed reading and praying.

Dottie is survived by: one son, Mark Rustemeyer of Linn; one daughter, Mary Richardson and her husband William of Columbia; one brother, John and his wife Vicki Troesser of Sulphur, LA; three sisters, Josephine Rustemeyer of Farmington, Mary Brandt of Frankenstein, and Florence Schaefer and her husband Dan of Loose Creek; one sister-in-law, Jane Troesser of Frankenstein; six grandchildren as well as several nieces, nephews and friends.

Mass of Christian Burial will be at 11:00 a.m. Friday, March 18, 2011, at St. George Catholic Church with Fr. I.C. Medina as the Celebrant. Interment will follow in St. George Cemetery.

Expressions of sympathy may be made to St. Jude Children's Hospital or masses.

To order memorial trees or send flowers to the family in memory of Dorothy M. Rustemeyer, please visit our flower store.