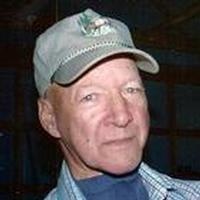 He was a graduate of Fatima High School. Eddie was a Marine Veteran of the Korean War.

Eddie was employed as a deputy by the Osage County Sheriff's Department for over 25 years.

Eddie was a lifelong area resident. He enjoyed guns, hunting, classic country music and spending time with his grandchildren. He also was a volunteer for the Relay for Life thru the Osage County Sheriff's Department. Eddie was a life member of the Marine Corp League in Jefferson City.

In addition to his parents, Eddie was preceded in death by: one infant son, Jimmie Heislen; one infant child; two brothers, Francis J. Heislen and Kenney Heislen; and one sister, Mary Clare Kampeter.

Mass of Christian Burial will be at 10:00 a.m. Tuesday, January 25, 2011, at St. George Catholic Church in Linn with Fr. Don Antweiler as the Celebrant. Interment will follow at St. George Church Cemetery will full military honors.

To order memorial trees or send flowers to the family in memory of Edmund Heislen, Jr, please visit our flower store.