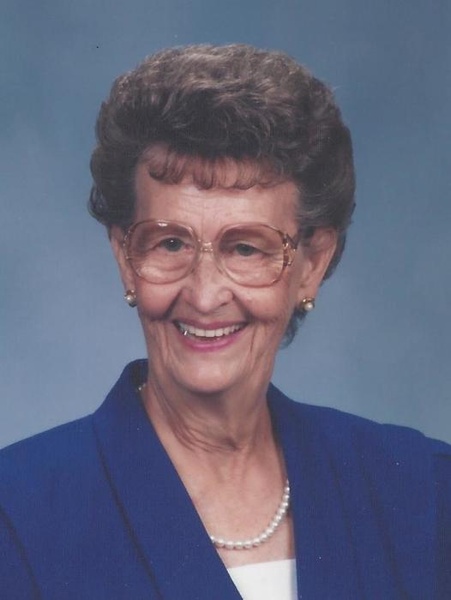 Edna Imogene Monroe, 91, of Linn, passed away peacefully on Sunday, November 4, 2018, surrounded by her family at Westphalia Hills in Westphalia.

Edna was born on June 8, 1927, in Osage County, a daughter to the late Albert and Maude (Butler) Mosley.

Edna was a homemaker during the early years while raising her family.  She was later employed by the Linn Manufacturing Company, Interco Shoe Distribution and Linn Technical School.

Edna was a member of the St. John’s United Methodist Church in Linn and a member and past Worthy Matron of the Order of Eastern Star also in Linn.

In addition to her parents and spouse of 61 years, Edna was preceded in death by two daughters, Anglee Monroe and Judy Schaefer; three brothers and four sisters.

Visitation will be held on Wednesday, November 7, 2018, from 9:00 a.m. to 10:00 a.m. at Morton Chapel in Linn with funeral service beginning at 10:00 a.m. with the Rev. Bill Barkman officiating.  Interment will follow in the Community of Christ Cemetery near Linn.

Expressions of sympathy may be made to the St. John’s United Methodist Church, Community of Christ Cemetery or the Charity of the Donor’s Choice.

To order memorial trees or send flowers to the family in memory of Edna Imogene Monroe, please visit our flower store.