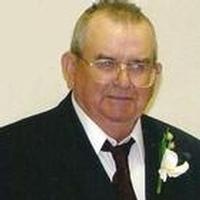 Eddie was born on August 6, 1926, in Rich Fountain, a son to the late Robert and Viola (Ruder) Bauer.

Eddie served in the United States Army during the Korean Conflict. He was a self-employed farmer and brick mason. He also worked at Quaker Window Products until his retirement in 1997.

Eddie was a lifelong member of the Sacred Heart Catholic Church and the Rich Fountain community. He was also a member of the American Legion.

He was an avid card player and a huge St. Louis Cardinal fan.

In addition to his spouse and parents, he was preceded in death by: one daughter, Janet Bauer and one sister, Elsie Ruder.

Mass of Christian Burial will be held at 10:00 a.m. on Monday, November 18, 2013, at Sacred Heart Catholic Church with Rev. Augustine Okoli as the celebrant. Interment will follow in Sacred Heart Parish Cemetery with full military honors.

To order memorial trees or send flowers to the family in memory of Edward Bauer, please visit our flower store.