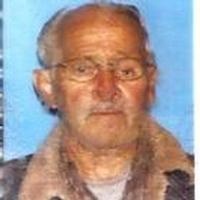 Ed was born January 3, 1929 in Bonnots Mill, a son to the late Pete and Bertha (Hubert) Jaegers.

Ed was a lifelong area resident and served in the Army during the Korean Conflict.

Ed worked for the Missouri State Highway Patrol as a maintenance supervisor until his retirement in 1994.

Ed was member of St. George Catholic Church and enjoyed working on cars.

In addition to his parents Ed was preceded in death by his step-mother, Regina Jaegers, four sisters and two brothers.

In keeping with Ed's wishes, private services were held. Interment was in the St. Louis Parish Cemetery in Bonnots Mill.

To order memorial trees or send flowers to the family in memory of Edward Joseph Jaegers, please visit our flower store.