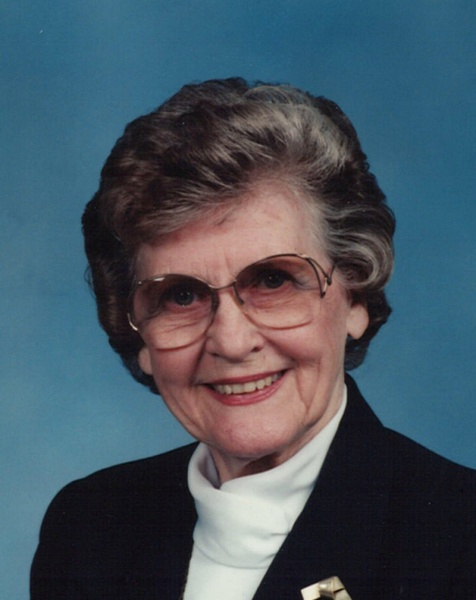 Eileen was born February 9, 1919, in Baltimore, MD, a daughter to the late George and Viola Atkins.

Eileen enlisted in the U.S. Navy in 1944, and was assigned to the Naval Warfare Testing Station at Solomon Island on the Chesapeake Bay. She met her future husband, Clarence Fick, who was serving as an officer on a mine sweeper, and they subsequently married on November 20, 1946, in Halethorpe, MD. He preceded her in death on February 16, 2010.

Eileen moved to Missouri with Clarence, where they first lived in Rich Fountain, later moving to Jefferson City where they started a family, and then residing in St. Louis. In 1968, Eileen and Clarence returned to central Missouri, building a new home just outside of Linn.

Eileen was a long-time member of the Osage County Extension Club and was a founding donor of the Women in Military Service for America Memorial in Arlington, VA.

Eileen is survived by one son, Robert Fick and one daughter Barbara Fick.

A Memorial Mass will be held at 10:00 a.m. on Tuesday, October 17, 2017, at St. George Catholic Church in Linn with Fr. Daniel Merz as the Celebrant. Burial will follow in the St George Parish Cemetery.

In lieu of flowers, expressions of sympathy may be made to St. George Catholic Church in Linn.

To order memorial trees or send flowers to the family in memory of Eileen A. Fick, please visit our flower store.