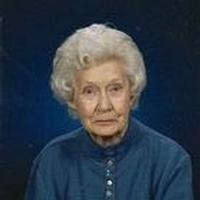 Elizabeth was a homemaker and a bookkeeper for Bonnots Mill Oil Company and Bailey Peters Propane as well as the Vice President for Heritage Bank until her retirement on December 30, 1996.

She was a member of the Immaculate Conception Catholic Church in Loose Creek.

Elizabeth liked to keep current on the news and was always cutting articles from the newspapers that might be of interest to her family members. She also enjoyed spending time with her family, especially her grandchildren and great grandchildren.

In addition to her husband and parents, Elizabeth was preceded in death by: three brothers, Edgar Lock, Elmer Lock and an infant brother, Matthew Lock and a great grandchild, McKenna Peters.

Expressions of sympathy may be made to Immaculate Conception Catholic School in Loose Creek.

To order memorial trees or send flowers to the family in memory of Elizabeth A. Bailey, please visit our flower store.