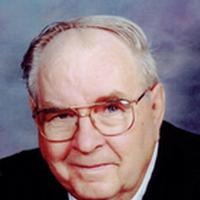 Elmer John Keilholz, Sr., age 83, of Chamois, passed away on Monday, July 4, 2016, at Jefferson City Nursing and Rehab Center with family by his side.

Elmer was born on March 27, 1933, in Chamois, a son to the late George and Edith (Benedict) Keilholz.

Elmer was the owner/operator of Keilholz and Sons Construction for over 40 years. Elmer was an exceptional carpenter and woodworker. He was proud that he had made something for all of his grandchildren and great grandchildren. In addition to his construction work, Elmer was a lifelong farmer raising cattle and crops.

Elmer was a member of Most Pure Heart of Mary Catholic Church in Chamois, Knights of Columbus.

In addition to his parents and his spouse of 60 years, Elmer was preceded in death by: two brothers, George Keilholz, Jr. and Clarence Keilholz; and a daughter-in-law, Pam Keilholz,

To order memorial trees or send flowers to the family in memory of Elmer John Keilholz, please visit our flower store.