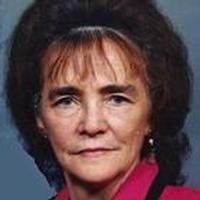 Elvira was born, December 28, 1940, in Argyle to the late Anthony "Tony" and Catherine "Katie" (Wieberg) Wieberg.

Elvira attended school at Fatima. She was a homemaker and also had worked for the Missouri Department of Revenue, McGraw-Edison as well as Scholastic.

On November 24, 1960, she was united in marriage to Herbert "Herb" Tyree in Argyle. He survives of the home.

Elvira was a lifelong area resident and a member of St George Catholic Church in Linn. She enjoyed knitting, music, playing the piano, cooking and baking. She will be sorely missed by her grandchildren and great grandchildren for grandma's famous pancakes but her greatest joy was spending time with her family.

In addition to her husband, Elvira is survived by: two sons, Bruce and his wife Jenny Tyree of Linn and Dave Tyree also of Linn; two daughters, Joyce and her husband Jim Heath of Linn and Connie Schuler of Belle; two sisters, Pauline White and Mary Ann Morgan both of Argyle; nine grandchildren, Angela, Ashley, Bryant, Jacob, Michael, McKenzie, Hunter, Jessica and Justine; six great grandchildren, Bryce, Mason, Gavin, Adan, Kristen and Kaydence as well as many nieces and nephews.

Funeral Services will be held at 10:30am Tuesday, December 10, 2013, at Morton Chapel in Linn with Fr. I.C. Medina officiating. Interment to follow in the St. George Parish Cemetery.

Expressions of sympathy may be made to the Tyree family.

To order memorial trees or send flowers to the family in memory of Elvira C. Tyree, please visit our flower store.