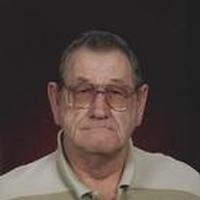 Butch was born August 21, 1936, in Freeburg, a son to the late August and Elizabeth (Reinkemeyer) Brune.

Butch was a 1954 graduate of Fatima High School.

On May 25, 1957, he was united in marriage to Betty Wilson in Loose Creek. She survives of the home.

Butch had worked as a truck driver hauling feed for area turkey farmers.

Butch was a member of Immaculate Conception Catholic Church in Loose Creek and Fraternal Order of Eagles Aerie # 2396 in Jefferson City. Butch was a founding member of Boy Scouts Troop #76 which was established in 1976.

In addition to his parents, Butch was preceded in death by a son, Michael Brune and two brothers, Vincent and Hubert Brune.

Expressions of sympathy may be made to Hospice Compassus or a charity of the donor's choice.

To order memorial trees or send flowers to the family in memory of Emil Joseph Brune, please visit our flower store.