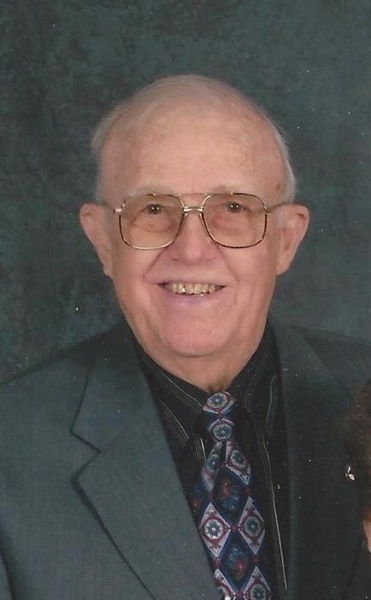 Emil L. Vahrenberg, 91, of Jefferson City, formerly of Chamois, passed away peacefully on Thursday, March 07, 2019, at Oak Tree Villas in Jefferson City with his family at his side.

Emil was born on December 14, 1927, in Chamois, a son to the late Fritz and Emma (Krueger) Vahrenberg.

Emil attended school in Chamois, served in the United States Army and later received his GED.

On May 22, 1949, in St. Louis, Emil was united in marriage to Vivian Curtie, who survives at their home.

Emil was employed for almost 26 years at Central Electric Power Plant in Chamois until his retirement.

Emil was a lifelong member of St. John’s United Church of Christ in Chamois, an active member of the Osage County Historical Society, Chamois Masonic Lodge #185, and a former member of the Chamois Lions Club.

Emil enjoyed fishing, camping, traveling, antique tool collector and in his earlier days he was a farmer.

In addition to his parents, he was preceded in death by infant twins, Steven and Sharon Vahrenberg, a brother, Earl Vahrenberg; three sisters, Ruby Harshaw, Lucille Whertvine and Eileen Sprecklemeyer.

Expressions of sympathy may be made to the St. John’s United Church of Christ or Cemetery.

To order memorial trees or send flowers to the family in memory of Emil L Vahrenberg, please visit our flower store.