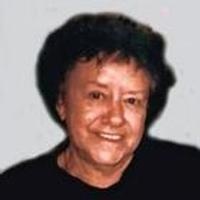 Emma was born September 14, 1932, in Chamois, a daughter to the late William and Verlena (Walker) Suess.

At age 16, Emma started work at Goff's Grocery Store and then later went to work at Thriftway where she was a wrapper in the meat department for over 20 years. After her retirement at Thriftway, Emma was employed by the State of Missouri as an envelope stuffer, a job she held for nine years.

Emma was a member of the Community of Christ Church in Linn and the Order of the Eastern Star. She enjoyed sewing, crocheting, fishing, and working in her flower garden. She was known by family and friends as a "do it yourself" fixer, however her greatest love, was her family.

Emma is survived by: two daughters, Vickie Mantle of Linn and Wanda Troesser and her husband Mark of Linn; one sister, Aletha Lamb of Kansas City; one grandson, Bobbie Troesser of Linn; and many nieces, nephews and friends.

In addition to her spouse and parents, Emma was preceded in death by: one brother, William "Sonny" Suess and four sisters, Wilma Troesser, Everene Peters, Verna Edwards, and Fern Collins.

Funeral Services will be held at 11:00 a.m. on Saturday, July 14, 2012, at Morton Chapel in Linn. Interment will follow in the Community of Christ Cemetery.

Expressions of sympathy may be made to the American Cancer Society or a charity of the donor's choice.

To order memorial trees or send flowers to the family in memory of Emma Lorene Mantle, please visit our flower store.