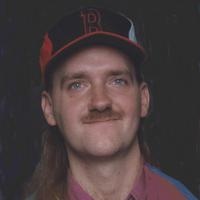 Eric was born on December 22, 1973, in Jefferson City, a son to Robert Lieneke and the late Darlene (Keilholz) Collins. At the age of six Eric was adopted by his maternal grandparents, Albert and Betty Keilholz.

He enjoyed computers and working on cars.

Eric is survived by: his mother, Betty Keilholz of Linn; two daughters, Angel and Amber Keilholz of Isabella, MO; two sisters, Cheryl Frederick and her husband Gerry of Bismark, ND and Cathy Keilholz along with many nieces, nephews, cousins and friends.

He was preceded in death by: his birth mother, Darlene; his adopted father, Albert Keilholz; and two brothers, Kevin Hallaman and Dale Keilholz.

Visitation will be held from 1:00 p.m. to 3:00 p.m. on Thursday, November 17, 2016, at Morton Chapel in Linn. Memorial Service will follow at 3:00 p.m. with Fr. Daniel Merz as the celebrant. A private graveside service will be held later in the Garden of Gethsemane Cemetery in Frankenstein.

Expressions of sympathy may be made to St. Mary’s School.

To order memorial trees or send flowers to the family in memory of Eric Paul Keilholz, please visit our flower store.