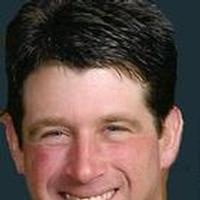 Eric was born June 10, 1971, in Jefferson City, a son to Arthur and Linda (Winkelman) Orscheln. They survive of Loose Creek.

Eric was a 1989 graduate of Fatima High School and he co-owned and operated A & E Orscheln Construction, LLC. with his Dad.

On May 29, 1993, Eric was united in marriage to Tricia Borgmeyer in Westphalia. She survives of the home.

Eric was a member of Immaculate Conception Catholic Church in Loose Creek. His zest for life included family first, friends and many wonderful adventures. He was born to hunt and loved picking a variety of spots on his parent's farm to set up and build a number of deer stands. He was a natural on the farm, and just being outdoors was where he received the most clarity, and time to enjoy all that God's nature has to provide. What Eric often referenced as his "sanity" was greeting his two children Avery and Toren with what they called the "run and jump." They would run to him at the sound of the garage door opening then jump into his arms knowing that daddy was home. Eric Orscheln went above and beyond to always lend his time and talents of carpentry wherever needed in his community, and to his family and friends. He was a guy you could count on, and he took so much pride in everything that he did. He loved the open highway when he had the time to ride on his Harley Davidson motorcycle, and would often try to explain in his words what that type of freedom truly felt like. Above all of the fantastic characteristics and traits that Eric often displayed was his human spirit, sheer determination, and drive to excel at everything he set out to do. Eric Orscheln was a one of a kind human being! He had it all wrapped up into one amazing heart and soul. He touched the lives of many during his 15 months of recovery and healing after his brain injury. He has now achieved his ultimate goal of eternal life, and he did it in true Eric fashion with grace, peace and dignity.

Expressions of sympathy may be made to Immaculate Conception Catholic School in Loose Creek.

To order memorial trees or send flowers to the family in memory of Eric B. Orscheln, please visit our flower store.