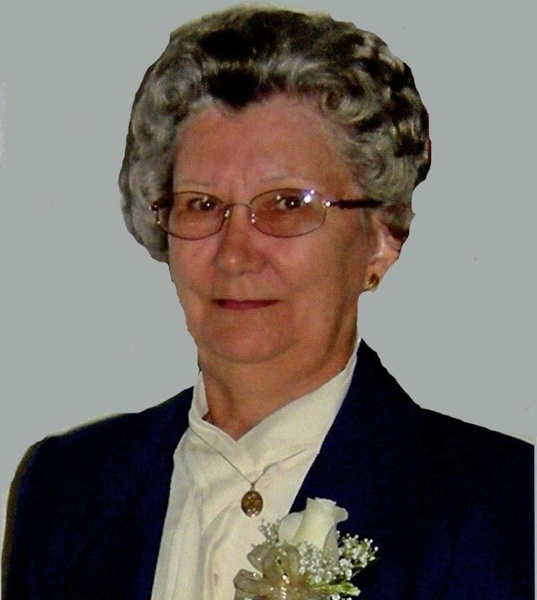 Esther was born October 4, 1933, in Cooper Hill, a daughter to the late Fred B. Enke and Bertha (Buscher) Enke.

On April 6, 1957, she was united in marriage to Darwin Kraenow in Chamois, who survives at their home.

Esther worked at the Linn Manufacturing Factory until it closed.  She then worked for 25 years at Westinghouse, now Hitachi, in Jefferson City until her retirement.

She was a member of the Ryors-Ebenezer United Church of Christ in Chamois.

Esther enjoyed quilting and has made many quilts over the years for her family and church.  She also enjoyed riding her 4-wheeler in search of morel mushrooms each spring.  She certainly had an eye for finding even the tiniest of mushrooms!

In addition to her parents, she was preceded in death by three sisters, Geneva Bogle, Maedean Filler and Clara Winkleman and two brothers, Clifford Enke and Eugene Enke.

Funeral Services will be held at 10:00 a.m. on Saturday, April 23, 2022, at Ryors-Ebenezer United Church of Christ with Rev. Barbara Zastrow officiating. Interment will follow at the St. John’s Evangelical Cemetery at Old Woollam near Owensville.

Expressions of sympathy may be made to the Ryors-Ebenezer United Church of Christ.

To order memorial trees or send flowers to the family in memory of Esther M. (Enke) Kraenow, please visit our flower store.