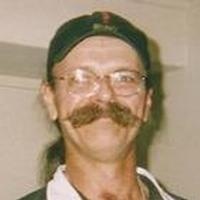 Ethan was born August 3, 1959 in Moberly. His father, Elmer Ryals, preceded him in death.

Ethan was a graduate of Jefferson City High School and had most recently worked for Over the Road Permits in Jefferson City as a documents processor.

Ethan was an avid Star Trek collector, a gun enthusiast and enjoyed spending time with his grandchildren.

Ethan is survived by: one son, Earl and his wife Samantha Ryals of Eldon; three daughters, Jenny and her husband Thomas Mathews of Chamois, Merrily Ryals and Madison and her husband Levi Chapman all of Eldon; two sisters, Patricia and her husband David Watson of the state of New York and Cynthia Ryals of Jefferson City; two grandchildren as well as many nieces and nephews also survive.

In addition to his father Ethan was preceded in death by one sister, Jonia Evans.

To order memorial trees or send flowers to the family in memory of Ethan Howard Ryals, please visit our flower store.