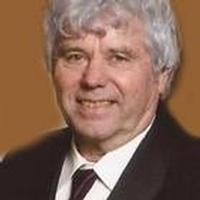 Gene was a 1949 graduate of Linn High School and after graduation enlisted in the US Air Force, serving during the Korean Conflict. Gene was one of the first enlisted men who were stationed at Whiteman Air Force Base in Warrensburg where there was nothing but tents to house the men and a few runways at that time.

Gene was a member of St. George Catholic Church in Linn as well as VFW Post 4756 and the Linn Jaycees Club. Gene served as an alderman and as mayor of Linn as well as being on the Osage County Volunteer Fire Department.

Gene was Co-owner of Nilges and Sons Heating and Cooling in Linn. After retirement, he worked for Westlake Hardware stores both in Jefferson City and in Sunrise Beach.

In addition to his parents, Gene was preceded in death by one sister, Judy Kaullen and a sister-in-law, Elizabeth ""Betty"" Nilges.

Mass of Christian Burial will be at 10:30 a.m. Thursday, January 12, 2012, at St. George Catholic Church in Linn with Fr. I.C. Medina as the Celebrant. Interment with full military honors will follow in St. George Church Cemetery.

To order memorial trees or send flowers to the family in memory of Eugene Nilges, please visit our flower store.