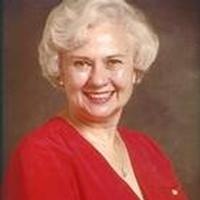 Eula was born November 29, 1920, during the New Mexico homesteading days for her parents, Paul and Leora (Ferguson) Dessieux, she grew up in New Mexico, Colorado, and finally back in Linn, after her parents returned to Linn to be near their families.

Eula was politically active lifelong. As a child, she tagged along with her father, Representative and Judge Paul Berry Dessieux, as he gave stump speeches at county fairs and picnics in both New Mexico and Missouri. Later, she and her husband, Attorney William R. Clark would play a major role in the election campaign of Missouri Governor Warren Hearnes. She believed in the importance of the electoral process and remained active in the Democratic Party, holding several party offices in the mid-Missouri organizations and volunteering at the polls into her elder years. As late as Hilary Clinton's bid in the 2008 primaries, Eula remained engaged and expressed excitement about the possibilities of a woman president.

Eula Dessieux graduated from Linn High School and went on to Central Methodist College, University of Colorado, and University of Missouri and the University Law School. Her credits ranged from beauty queen to academic honors. She married William Clark in 1941 before he served in WWII flying bomber missions over Burma. After the War they were stationed at Edwards Air Force Base, home of the emerging aerospace program. Eula was proud to know and support the families of Chuck Yeager and Gus Grissom and other early astronauts.

Back in Missouri, the couple lived in Columbia and Jefferson City. Eula worked in her husband's law practice, with the Armory, and later with Missouri Forest Service Products. She remained active in her sorority, Alpha Delta Pi in Columbia, St. John's United Methodist Church and the United Methodist Women's group in Linn. She served in almost every capacity and every office in these organizations over the years. She most especially was dedicated to mentoring younger women coming into her sorority and her other circles.

Before her illness, she continued her love of learning with Learning in Retirement at Lincoln University. She was well travelled and well read. She engaged with friends through her love of playing Bridge, the Merry Widows, aka the Dazzling Dozen, her service work and with Life.

Eula is survived by her remaining brother, Paul Russell Dessieux of Potosi, and remaining sister, Virginia Scott of Bonnots Mill.

She was preceded in death by her parents, her husband, one brother, Clifford Edward Dessieux, and one sister, Mary Ruth Morton.

Because of Eula's long rich life, she was preceded in death by many. She is also survived by many, many nieces, nephews, cousins, and friends. We surviving ones were children growing up around Eula. We were vaguely aware of her status, intellect, and beauty. But to us, as children, what mattered most--and what we grieve the passing of--was her thoughtfulness, generosity, kindness and love.

May we carry that kindness, that spirit of Eula, with us always and may we pass it on to our survivors.

Expressions of sympathy may be made to the Osage County Historical Society, Heifer Project, St. Johns United Methodist Church, or Hospice Compassus.

To order memorial trees or send flowers to the family in memory of Eula M. Clark, please visit our flower store.