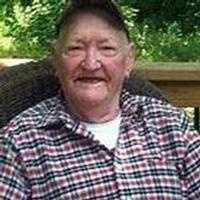 Floyd attended Campground School and four years of Farm GI School. Floyd enlisted in the Navy in 1943 and was discharged in 1945 serving during World War II.

Floyd was a lifelong area resident and farmer. He was a heavy equipment operator and manager for the Linn Senior Center.

In addition to his parents and spouse, Floyd was preceded in death by: three brothers, Louis "Log" Wilson, Shorty Wilson and Kirby Wilson; and two sisters, Bernice Hale and Martha Scheiders.

Mass of Christian Burial will be follow at 11:30 a.m. on Saturday, March 8, 2014, at St. George Catholic Church in Linn with Rev. John Schmitz as the celebrant. Interment will be in the St. George Parish Cemetery.

Expressions of sympathy may be made to the Good Shepherd Food Pantry or to the Honor Flight Program.

To order memorial trees or send flowers to the family in memory of Floyd Glen Wilson, please visit our flower store.