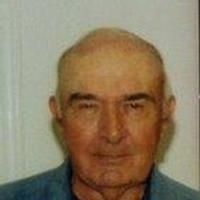 Frank J. Schollmeyer age 84 of Chamois, passed away Wednesday, April 8, 2015, at his residence.

Frank was born August 6, 1930, in Chamois, a son to the late John and Anna (Gress) Schollmeyer.

On February 3, 1951, he was united in marriage to Irene Maxey at Our Lady Help of Christians Catholic Church in Frankenstein. She survives of the home.

In his early years, Frank farmed the "bottoms" near Chamois and later raised cattle.

Frank was a member of Most Pure Heart of Mary Catholic Church in Chamois.

To order memorial trees or send flowers to the family in memory of Frank Joseph Schollmeyer, please visit our flower store.