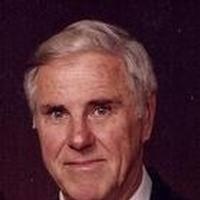 Frank R. Stuart, age 86, of Jefferson City, formerly of Linn, passed away Friday, April 22, 2011, at St. Joseph Care Center in Jefferson City with his family by his side.

Frank served honorably in the United States Navy from 1941 to 1962 and was a World War II Veteran. Following his naval retirement, he was an instructor and chairman of the Electronics Department at Linn Technical College from 1962 to 1987. Frank also taught at Nichols Career Center from 1988-89 and various Jefferson City School Districts.

Frank was a member of the St. George Catholic Church, Knights of Columbus, and Fleet Reserve. Frank also was an avid runner and a huge fan of the St. Louis Cardinals and Kansas City Chiefs.

Frank adored his loving wife, Mary, for over 60 years of marriage until her passing in 2007. From that time on his adoration continued with his family and 41 grandchildren and great-grandchildren.

In addition to his wife and parents, Frank was preceded in death by: one son, Robert J. Stuart; one daughter, Colleen Johnson.

Funeral Services will be held at 10:00 a.m. on Tuesday, April 26, 2011, at Morton Chapel. Interment will follow in the St. George Parish Cemetery with full military honors.

To order memorial trees or send flowers to the family in memory of Frank R. Stuart, please visit our flower store.