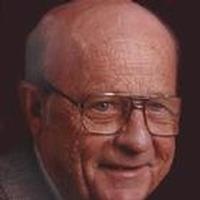 On December 28, 1946, Fred was united in marriage to Betty McDaniel. He later married Dorothy Stieferman Hall on July 14, 1990. She survives and is a resident of Autumn Meadows in Linn.

Fred was a World War II Army veteran serving in both Germany and Japan. He worked as a lineman for Three Rivers Electric retiring after 40 years of service.

Fred enjoyed fishing, hunting, dancing, and gardening. He also raised beautiful flowers in his yard. After retiring from Three Rivers Electric, Fred delivered "Meals on Wheels" for the Nutrition Center in Linn.

Mass of Christian Burial will be held at 10:00 a.m. on Saturday, April 14, 2012, at St. George Catholic Church in Linn with Fr. I.C. Medina as the Celebrant. Interment will follow with full Military Honors in the St. George Parish Cemetery.

Expressions of sympathy may be made to St. George Church.

To order memorial trees or send flowers to the family in memory of Fred Adolph Neuner, please visit our flower store.