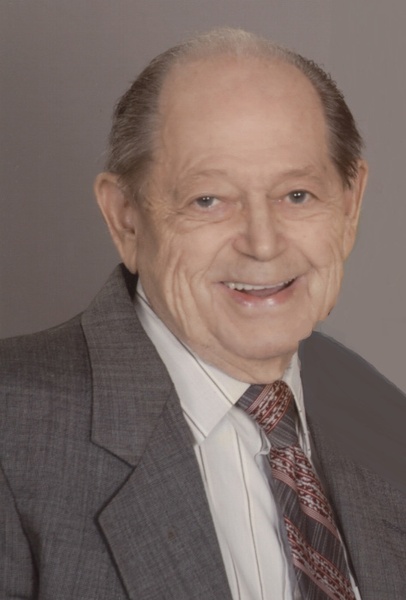 Fred attended St. George School and was a 1951 graduate of Linn High School. In 1953, he was drafted by the United States Army and was stationed at Ft. Leonard Wood. The Army sent him to Electrician School which included construction, wiring, motors, generators, and pole climbing.  After completion of the class, Fred accepted an Instructor position until his discharge in 1955.

On February 19, 1955, he was united in marriage to Alice Marie Edwards at Sacred Heart Catholic Church in Rich Fountain.  She survives of the home.

Fred started working in grade school delivering milk and newspapers to customers in the Linn area and later worked at the Linn Theatre making popcorn.  As a young adult, Fred worked with his Dad and brother, Gene, operating Nilges and Sons.  Fred was a self-employed businessman in the community since 1955, working as a mechanical contractor for more than 35 years and an insurance agent since 1985 until his retirement.

Fred was a member of St. George Catholic Church, Linn Fire Department, Chamber of Commerce, past member and president of Linn Jaycees, and past member and Grand Knight of Linn Knights of Columbus. He also served for 12 years on the Linn City Council, was acting Mayor for the City of Linn, and served 20 years as the secretary for the Linn Special Road District.

He enjoyed watching western shows and movies. Fred loved to socialize and was always the life of the party. He especially enjoyed grilling with family and friends. In his spare time, he continued to use his mechanical skills and even created solar panels for his own home.

In addition to his parents, Fred was preceded in death by, three brothers, Albert, Gene and Raymond Nilges and a sister, Judy Kaullen.

Expressions of sympathy may be made to the ALS Foundation or St. George Renovation Fund.

To order memorial trees or send flowers to the family in memory of Fredrick "Freddie" H. Nilges, please visit our flower store.