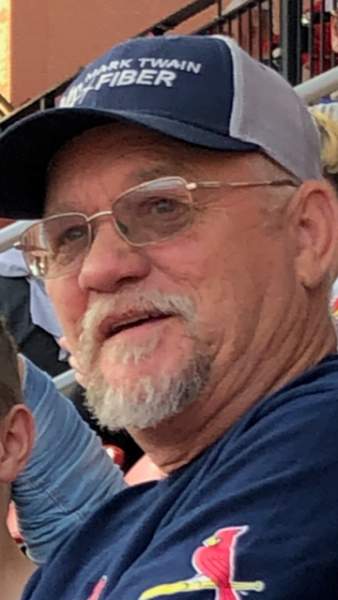 Garry was born June 15, 1955, in Fort Payne, AL, a son to the late Leonard Blevins and Dorothy (Williams) Blevins Stinson.

Garry obtained his GED and received his degree from Walker Technical College in Walker County, GA.

On February 21, 1983, he was united in marriage to Jennie Owens in Trenton, Georgia. She survives at their home.

Garry was employed as a heavy equipment operator in the telecommunication industry. He was known for being the best plow operator when burying telephone cable.  He retired in 2017 as an inspector.

Garry was Baptist by faith and lived life to the fullest.  He enjoyed being outdoors hunting, fishing, camping, and taking buggy rides. He also enjoyed listening to music and was proud of his southern heritage.  Garry was a huge football fan, “Roll Tide”.  However, his greatest joy came from spending time with his family, especially his grandchildren.

In addition to his spouse of 37 years, Garry is survived by:  two sons, Jake Owens and his wife Lisa of Shelbina and Josh Blevins and his wife Jolene of Clarence; two daughters, Stephanie Maubach and her husband Gabe of Shelbina and Samantha Blevins and her significant other, Dyllan Simmons of Shelbina; eleven grandchildren, Wyatt, Waylen, Levi, Ethan, Madison, Olivia, Gabriel, Hunter, Carson, Benton, and Bryer; a sister, Joyce Evans and her husband Charles of Ringgold, GA; a special cousin/brother, David Blevins of Rising Fawn, GA;  a step-sister Cheryl Putman and her husband Kenneth of Culleoka, TN; his mother-in-law, Marilyn Owens of Linn; three sisters-in-law, Rose Barlett of Linn, Cindy Wilson and her husband Billy of Linn, and Lisa Higginbotham of Linn; two brothers-in-law, David Owens of Linn and Scott Owens and his significant other Nikki of Chamois; along with many nieces, nephews, cousins and friends.

In addition to his parents, Garry was preceded in death by his stepfather, S.B. Stinson, a brother, Richard Blevins, a niece, Robin Sanders, his father-in-law, Gilbert Owens and a brother-in-law, Gary Bartlett.

In lieu of flowers, expressions of sympathy may be made to the Garry Blevins family.

To order memorial trees or send flowers to the family in memory of Garry S. Blevins, please visit our flower store.