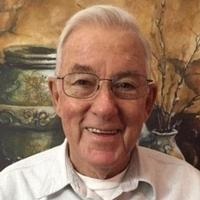 Gary was born December 24, 1935, in Sullivan, a son to the late Virgil Howard and Irene (Moss) Howard Hyland.

Gary was a 1953 graduate of Sullivan High School.

Gary was employed by the State of Missouri Highway Department from 1957 until 1963 and then the Missouri Department of Conservation from 1967 until his retirement on January 1, 1996.

Gary was the first President of the Missouri Conservation Agents. He was a member of St. John’s United Methodist Church, Linn Jaycees, the Linn Masonic Lodge #326 and the Paul E. Hasenbeck American Legion Post #317 in Freeburg.

Gary loved spending his time outdoors and being around people.

Gary is survived by: his loving companion, Mitzi Fowler of Linn; one son, Bradley S. Howard of Linn; one daughter, Kaye Barns and her husband Don of Loose Creek; one brother, Robert D. Howard and his wife Barb of West Plains; three grandchildren, Christina Roling and her husband Jake, Elizabeth Barns, and Jason Isom; two great granddaughters, Hallie Roling and Michelle Isom; along with a niece, nephews and friends.

In addition to his spouse and parents he was preceded in death by his step-father, Harold Hyland and a daughter, Faye Isom.

Visitation will be held from 10:00 a.m. to 12:00 p.m. on Monday, January 2, 2017, at Morton Chapel in Linn. Funeral Services will follow at 12:00 p.m. with Pastor Floyd Gudde officiating. Interment with Full military honors will be at the Cave Springs Cemetery in rural Sullivan, MO.

Expressions of sympathy may be made to the St John’s United Methodist Church or Central Missouri Honor Flight Program.

To order memorial trees or send flowers to the family in memory of Gary R. Howard, please visit our flower store.