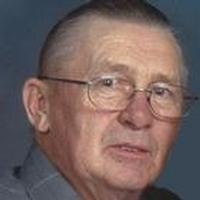 George was born July 17, 1944, in Keene, NH a son to the late George P. and Eugenia (Whitney) Arlen. His mother survives of Linn. George was raised in Gilsum and Sullivan N.H .before settling in Linn.

On November 20, 1972, George was united in marriage to Theresa Dorweiler in Linn. She survives of the home.

George worked as a laborer for K & J Construction in New Hampshire, Playmor Trailers in Westphalia before retiring from Elsevier in Linn where he had worked for 15 years.

George was a member of St. George Catholic Church and the American Rifleman's Association.

He enjoyed hunting, fishing, masonry, woodworking, riding his Harley motorcycles and especially spending time with his family and friends.

In addition to his father, he was preceded in death by: one son, Greg Brown; one brother, David Arlen, Sr., one sister, Patricia Keller, one brother-in-law, Wayne Beaulieu, Sr. and his father-in-law, Cyrus Dorweiler.

Funeral Services will be held at 10:00 a.m. on Thursday, May 15, 2014, at Morton Chapel in Linn. Interment will follow in St. George Parish Cemetery.

To order memorial trees or send flowers to the family in memory of George Eugene Arlen, please visit our flower store.