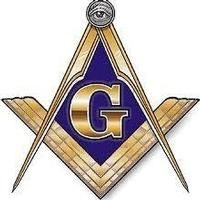 George J. Robertson, age 80 of Belle, passed away Wednesday, June 14, 2017, at Linn Living and Rehab Center.
George was born September 3, 1936, on the family farm in Belle, a son to the late Harry and Stella (Helmig) Robertson.
George attended school at the Indian Creek School House.
George was a member of Pilot Knob Baptist Church as well as a member of the Belle Masonic Lodge #373 A.F. & A.M. as a 32nd degree Mason.. He was a member of the Cattleman’s Association and the Farm Bureau.
George had a dairy farm earlier in his life. He enjoyed working with his cattle as well coon hunting in his younger days.
George is survived by: one sister, Mildred Beckler of Owensville and two nephews, Michael Beckler of Independence and Aaron Beckler of Belle as well as a niece, Julia Servat of the state of New Mexico.
In addition to his parents, George was preceded in death by a sister, Patsy Segrest and a nephew John Beckler.
Visitation will be held from 1:00 p.m. until 3:00 p.m. on Saturday, June 17, 2017, at Morton Chapel in Linn. Funeral Services will follow at 3:00 p.m. with Rev. Perry Wolfe officiating.
In lieu of flowers, expressions of sympathy may be made to a charity of the donor’s choice.

To order memorial trees or send flowers to the family in memory of George J. Robertson, please visit our flower store.