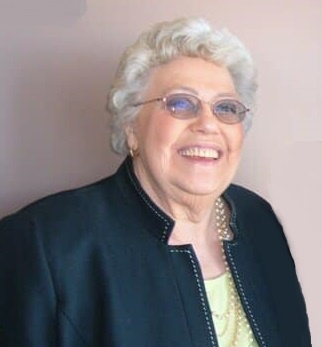 Georgia Rolene (Ford) Coleman, age 86 of Linn, passed away peacefully on Monday, March 25, 2019, at Jefferson City Nursing and Rehab with her daughter by her side.

Georgia was born November 2, 1932, in Coatsville, Missouri, a daughter to the late George Wilkins and Rose (Conkin) Ford.

On May 13, 1948, she was united in marriage to Rev. Lyle Eugene Coleman in Marshall, Missouri who she now rejoins in heaven.  He preceded her in death on June 8, 2017.

Over the years, Georgia was a dedicated mother and “preacher’s wife” and also worked for the Marshall and Fulton State Hospitals.  She retired from the Division of Family Services in Linn.

Georgia’s warm and loving personality endeared her to all.  She loved and accepted people, and those who were privileged to know her, can attest that she never had a judgmental or cross word to say about anyone.  Her skills as a seamstress and cook were well known.  Many of us still wear something she sewed for us.  Her fried chicken, homemade noodles and red velvet cake will never be replaced at family gatherings or carry in dinners.  Her granddaughters and great granddaughters recall how she always looked effortlessly well-dressed and well-groomed. A trip to grandma’s house always included looking through her make-up and nail polish, smelling her perfumes, and playing with her costume jewelry! She had a great sense of humor and was a lively participant in board and card games.  She was very knowledgeable about geography, and when some place new to her was mentioned she hauled out the Atlas to look it up and we learned right along with her. She was a voracious reader and an unequal dog-lover.  The world is not quite as bright without her physical presence, but her shining example remains in our hearts and minds to inspire us.

In addition to her parents and spouse of 69 years, Georgia was preceded in death by one son, Kenneth “Ken” Coleman who passed away in 2005 and a sister, Jane Preston.

To order memorial trees or send flowers to the family in memory of Georgia Rolene Coleman, please visit our flower store.