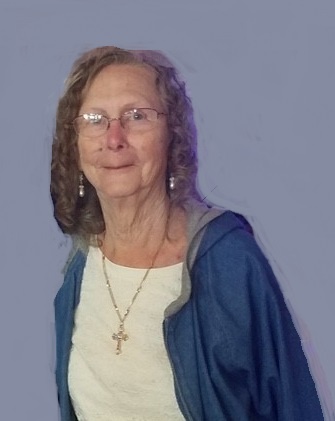 Jean was born on April 30, 1934, in Jefferson City, a daughter to the late Herman and Irene (Schroeder) Schmitz.

Jean was a homemaker who enjoyed watching her children grow up.

Jean was a member of St. George Catholic Church in Linn, the Red Gators Club and Hyway Rockers Car Club in Festus.

Jean enjoyed reading, quilting, embroidering, listen to polka music and Willies Roadhouse.  She loved to sit on the back deck sitting in the sun and looking at her flowers.

Jean is survived by one son, Rick Niewald of Linn, one daughter Cheryl Ham and Vernon Vineyard of Festus; two brothers, Jim Schmitz and his wife Jeannie of Lake St. Louis and Jerry Schmitz and his wife Mary Alice of Millstadt, IL.; one sister-in-law, Pat Schmitz of St. Louis; along with many nieces, nephews, and friends.

In addition to her parents and husband of 58 years, Jean was preceded in death by one sister, Sister Irene Marie Schmitz, SSND and two brothers, Jack (June) Schmitz and Stanley Schmitz.

Mass of Christian Burial will be at 11:00 a.m. on Friday, February 19, 2021, at St. George Catholic Church in Linn with Fr. Colin Franklin as the Celebrant.  Interment will be in the St. George Parish Cemetery.

Expressions of sympathy maybe made to St. George Catholic Church.

To order memorial trees or send flowers to the family in memory of Georgia "Jean" Niewald, please visit our flower store.