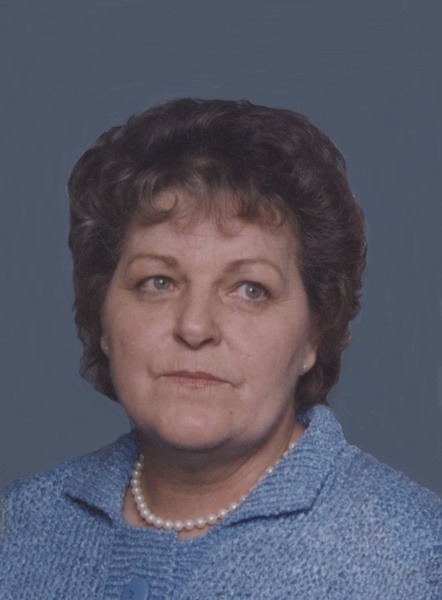 Gladys Louise Kaullen, age 84 of Taos, formerly of Chamois, passed away Friday, February 21, 2020, at her residence.

Gladys was born March 23, 1935, in Guthrie, Missouri, a daughter to the late Donald and Louise (Senevey) Crowe.

On, May 15, 1951, she was united in marriage to Charles Kaullen in Arkansas.  He survives at the home.

She was a member of Chamois United Methodist Church.

Gladys was a homemaker and enjoyed quilting, playing Bingo and spending time with her family.

In addition to her spouse of 68 years, Gladys is survived by: three sons, Charley Kaullen and his wife Beverly of New Franklin, Michael Kaullen and his wife Sheryl of Liberty and Dennis Kaullen and his wife Donna of Fulton; one daughter, Ann Ruettgers and her husband David of Bonnots Mill; five brothers, Robert “Bobby” of Linn, Larry “Butchie”of Hermann, Rick of Bonnots Mill, Frank of Jefferson City, and Curtis Crowe of Mt. Sterling; eight sisters, Donna Helfrich of Fenton, Betty Nolte of Morrison, Alverda Buscher of Chamois, Sharon Fleeman of Kansas City, Susie Farnsworth, Debbie Wolfe, and Judy Hale all of Linn, and Kathy Reeves of Warsaw; ten grandchildren and 19 great grandchildren,  as well as many nieces, nephews and friends.

In addition to her parents, she was preceded in death by: three brothers, Jimmy, Jack and Bud Crowe and two sisters, Stella Groves and Esther Relford.

To order memorial trees or send flowers to the family in memory of Gladys Louise Kaullen, please visit our flower store.