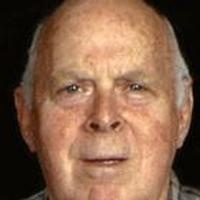 Hadley Joyce, age 77 of Linn, passed away Sunday, January 13, 2013 at Barnes Jewish Hospital in St. Louis surrounded by family. During his courageous battle with health complications over the last 13 months, he was an inspiration to many. Hadley was born November 25, 1935, in Aud, Missouri, the son of Cecil and Polly (Leimkiller) Joyce. He attended Flat Rock Grade School and Chamois High School. On October 3, 1964, he was united in marriage to Berniece Joyce in Linn. She preceded him in death on July 10, 2010. Hadley worked the majority of his career at Westinghouse, now known as ABB, until his retirement. He was also the co-owner of BJ Kennels with his wife, Berniece until July, 2010. Hadley spent his life being a devoted husband, father, and grandfather. Survivors include: one son, Harvey Joyce and his wife Eileen of Eldon; three daughters, Brenda Becker and her husband Todd of Freeburg, Beverly Struemph and her husband Doug of Freeburg, and Amanda Wolfe and her husband Jay of Linn; eight grandchildren, Shelbi and Morgan Becker, Amber and Evan Struemph, Austin and Tyler Wolfe, and Nathan and Kara Shepherd; and brother-in-laws and sister-in-laws, Marvin and Marie Lieneke, Pat Lieneke, Marilyn Deeken, Mary Ruth Deeken, and Gerald Deeken. In addition to his spouse and parents, he was preceded in death by: a sister-in-law, Louise Erickson; and three brother-in-laws, Herb Lieneke, Wilbert Deeken, and Norbert Deeken. Visitation will be held from 4:00 p.m. to 8:00 p.m. on Thursday, January 17, 2013, at Morton Chapel in Linn. Funeral Services will be held at 11:00 a.m. on Friday, January 18, 2013, at St. George Catholic Church with Fr. I.C. Medina officiating. Interment will follow in the St. George Parish Cemetery. Expressions of sympathy are suggested to the Joyce Family to be used in accordance with their memorial wishes or to the Mint Hill Cemetery Fund.

To order memorial trees or send flowers to the family in memory of Hadley H. Joyce, please visit our flower store.