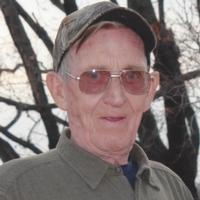 Harold John Meisel, age 79 of Osage City, passed away Wednesday, March 8, 2017, at SSM Health St. Mary’s in Jefferson City.
Harold was born August 19, 1937, in St. Thomas, a son to the late Emil and Martha (Gerling) Meisel.
Harold was a United States Army Veteran.
On May 21, 1966, he was united in marriage to Dorothy Ann Pinet in Tuscumbia. She survives of the home.
Harold worked as an auto mechanic specializing on Fords for many years at several area garages.
He was of the Catholic faith, a member of VFW Post #35 in Jefferson City and a lifetime member of the NRA.
Harold enjoyed hunting and fishing.
In addition of his spouse of 50 years, Harold is survived by: two sons, Darrell Meisel and his wife Rachel of Linn and Dewayne Meisel of Jefferson City; one brother, Herman Meisel and his wife Wanda of Blue Springs; one sister, Louise Branson and her husband Don of Holts Summit; three grandchildren, Eugene Randall “Randy”, Jesse and Trevor Meisel; and several nieces and nephews.
In addition to his parents, he was preceded in death by a sister, Dolores Litsch.
Visitation will be held from 1:00 p.m. to 3:00 p.m. on Monday, March 13, 2017, at Morton Chapel in Linn.

Graveside Services will follow at the Fairview Cemetery with full Military Honors.
Expressions of sympathy may be made to the VFW.

To order memorial trees or send flowers to the family in memory of Harold John Meisel, please visit our flower store.