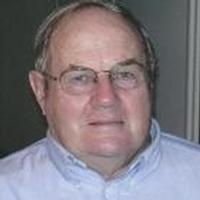 Harry was a 1953 graduate of Linn High School and worked as a dairy and turkey farmer all of his life.

In April, 1995, Harry was united in marriage to Faye Schubel. She survives of the home.

Harry was a lifelong area resident and attended St. George Catholic Church in Linn and Salem Hope Presbyterian Church in Hope. He was a past member of the Eagles Club, Knights of Columbus, Mid-America Dairymen Association, and the East Central Angus Association.

In addition to his parents, he was preceded in death by an infant sister and one brother, Herbert Neuner.

Funeral Services will be held at 10:00 a.m. on Monday, July 23, 2012, at Morton Chapel in Linn. Interment will follow in the St. George Parish Cemetery.

Expressions of sympathy may be made to the Linn FFA Chapter.

To order memorial trees or send flowers to the family in memory of Harry Joseph Neuner, please visit our flower store.