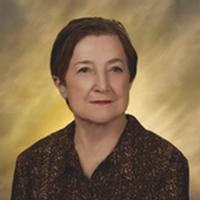 Helen was born on August 16, 1931, in Hermann, a daughter to the late Otto and Alma (Vogel) Jannusch Roewe.

Helen was a 1949 graduate of Hermann High School.

Helen was an active member of St. John's United Methodist Church helping with funeral luncheons and serving on the Church Board of Trustees. She enjoyed dancing, cooking, working in her yard and spending time with her friends and family.

In addition to her parents and spouse of 34 years, Helen was preceded in death by one sister, Cleora Pfautsch.

Funeral Services will be held at 10:00 a.m. on Friday, July 17, 2015, at St. John's United Methodist Church in Linn with Rev. Daniel Hilty officiating. Interment will follow in the Linn Public Cemetery.

Expressions of sympathy may be made to St. John's United Methodist Church or to a charity of the donor's choice.

To order memorial trees or send flowers to the family in memory of Helen Mae Lenger, please visit our flower store.