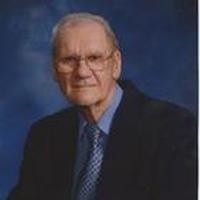 Hank was born December 11, 1925, in Rich Fountain, a son to the late Adolph and Anna Louise (Rudroff) Neuner.

Hank was a graduate of Westphalia High School. He served as a Staff Sergeant in the United States Air Force during the Korean Conflict completing his military service in 1955.

On November 24, 1951, he was united in marriage to Pauline Struemph at Holy Family Catholic Church in Freeburg. She survives at their home in Jefferson City.

Hank owned and operated Neuner Sales and Service in Rich Fountain for 34 years until his retirement in 1989.

Hank was a member of Sacred Heart Catholic Church in Rich Fountain and attended Cathedral of St. Joseph after moving to Jefferson City. He was a member of Knights of Columbus and American Legion Post #317 in Freeburg. Hank was a friend of Bill W. for 40 years.

In addition to his parents, he was preceded in death by: one brother, A.J. Neuner; two sisters, Theresa Allen and her husband Walter "Paul" Allen and Anna Marie Samson; and an additional brother-in-law, Thomas Seth Cordes, Jr.

In lieu of flowers, expressions of sympathy may be made to Hospice Compassus, Cathedral of St. Joseph, or Sacred Heart School.

To order memorial trees or send flowers to the family in memory of Henry A. Neuner, please visit our flower store.